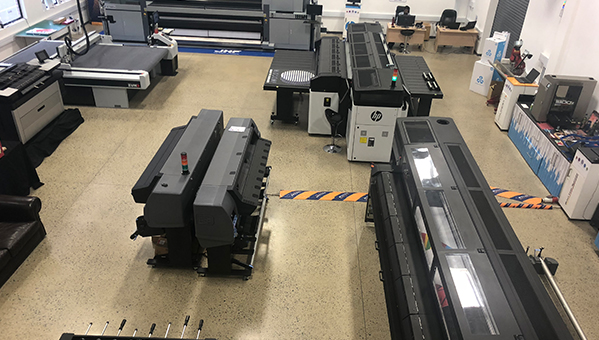 Midcomp has officially opened its new premises in Randburg. According to founder Rob Makinson and marketing manager Sean Greer, the motivation behind the move was to have ‘everything under one roof’.

The design of the building allows for more ‘walk-in’ customers, which the company has already seen since its recent opening, now that customers don’t have to move from one building to the next.

There are other user-friendly features, such as access points for the disabled, increased power that allows for improved efficiency in overall operations, as well as its convenient location off the Malibongwe turn-off of the N1.

A larger demonstration centre allows for more machines under one roof, while an additional 700sqm of warehouse space houses Midcomp’s consumables segment (which takes up a lot of space), and has been the company’s biggest growth area year on year, specifically media.

The warehouse also includes a good racking system, as well as a six ton hydraulic hoist (which can carry a forklift) for better unloading.

The larger space will also allow Midcomp to achieve its goal of starting a training academy. Greer said that a training academy would be a good example of a ‘catalyst for growth’ – a mantra that the company continuously strives to live up to.

The premises was officially opened on 1 June.

Wrap Of The Week: Cazz Mania

Encouraging Carbon Reduction And Removal In The Graphics Industry