Freddy du Plessis, who has been in the sign industry for 23 years, is the new owner of local neon supply shop, Just Neon.

Du Plessis started in the sign industry in 1989 with Claude Neon Lights. ‘Working with Claude Neon opened my eyes to something out of this world and that touched my passion for the trade,’ said du Plessis. He started as a spray painter and was eager to explore what was going on in the various departments. Thereafter, he worked in the Perspex department, wiring department, and grew from there.

He then completed his apprenticeship as a neon glass bender and knew that he wanted to grow and further his career in the sign industry. He then decided to leave Claude Neon Lights in 1994 and to start a partnership in a company called Neon Technique and continued his career in sign manufacturing until 1999. In 2000, he started his own company called Neon’s The Best until 2002, after which he was exposed to nurturing, growing and managing a company.

‘Being involved in business and managing positions, I always imagined what it would be like to be in the ‘driving seat’. I heard about the Just Neon transaction and approached Myk Prescott. I gave some thought to the business deal and saw this as a great opportunity to make my dream a reality,’ said du Plessis.

‘My vision for the company is to build it to a higher level and to see Just Neon as the most popular supplier of sign materials and products to the sign trade. My plans for the company will be to ensure I make it into a successful one through growth,’ said du Plessis. 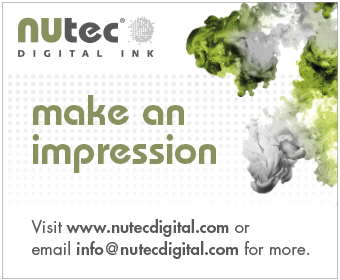