HP Scitex has revealed a clear varnish ink for use with its FB7500 and FB7600 printers, enabling selective varnishing and 3D effects to be added when printing super wide-format graphics.

The ink can be used in one of the FB7500 or FB7600’s two extra ink channels, along with the Scitex’s special orange or light black inks, launched in May this year. It will allow users of HP’s FB7500 and FB7600 printers to add effects similar to those produced on the Kodak Nexpress with its dimensional inks (on sheets up to 356mm x 914mm) and on litho or digitally printed sheets (up to 545mm x 788mm) on Scodix digital finishing equipment.

The varnish cannot be used alongside white ink however, as this application uses both ink channels. Xavier Melisse, Scitex category manager, EMEA, HP said, ‘You need to look at it as an ink channel where the ink has no colour. To switch a printer would need to flush the white out of their machines, but they could make that switch.’

The varnish enables three key applications, Melisse explains. It can be used as ‘process colour’, where the ink is applied to the blank areas of a matte substrate so that these sections are as glossy as the printed areas, a ‘full flood’ of varnish to further enhance the printed area’s gloss, or applied to select areas to create raised, textured effects.

‘You might want to flood the whole piece because normally when you print CYMK the effect is relatively satin – it is shiny but not completely glossy,’ said Melisse. ‘But when you put the varnish on top it’s like you are laminating with a liquid except that you jet it rather than apply it with a coater. Then the look is as glossy as if you’d laminated it. Another effect of putting the gloss on CYMK is that the colour gamut you’re able to reproduce is significantly bigger – it brings up to 15% extra gamut.’

The ink has been commercially available to FB7500 and 7600 users from 1 November. It has been beta tested since August at Italian printer Ondalba Group, with a first install currently being made at another Italian firm Grafic Art 95.

The ink could be printed up to five layers thick. ‘We had an open house in our demo centre a week ago and this created the most positive feedback, though this might prove a potential future application, the ink had not yet been approved to create braille. Previously for super wide format printing, this effect was applied using screen printing, so an offline process with all the fixed costs this entails. Or the cheapest solution was laminators and liquid coaters, but you do not have the capability to do either selective varnishing or 3D effects with this,’ concludes Melisse. 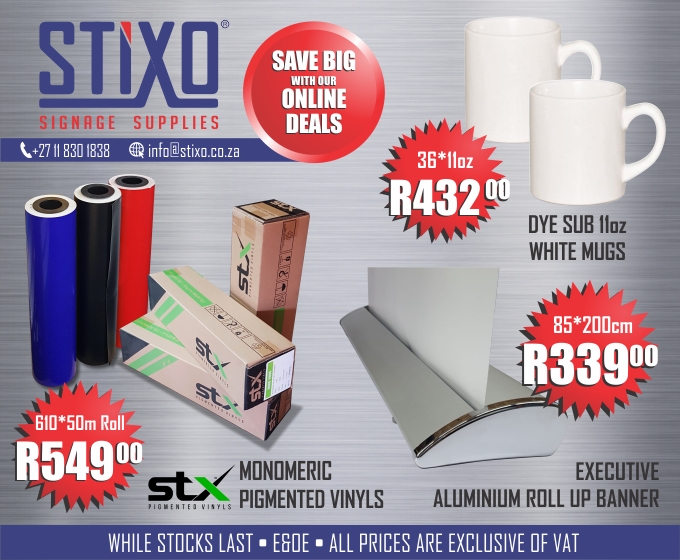